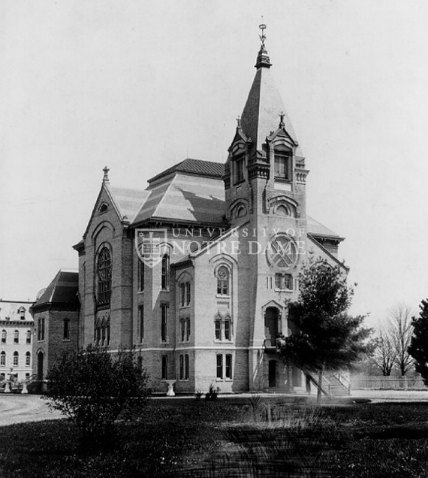 On April 23, 1879, the life of the University changed abruptly when a fire destroyed the five major campus buildings, including the music hall. Although the University literally stood in ashes, the Holy Cross fathers were determined to rebuild Notre Dame. Wiloughby J. Edbrooke, a Chicago architect, was commissioned to create a new campus. Two years later, the task was largely completed.

The new building retained its function as a music hall. One of its two components continued to provide classrooms and practice rooms for individual students, the orchestra, and the marching band.  Nonetheless, the octagonal-shaped theatre, which the building also housed, became synonymous with the name Washington Hall. 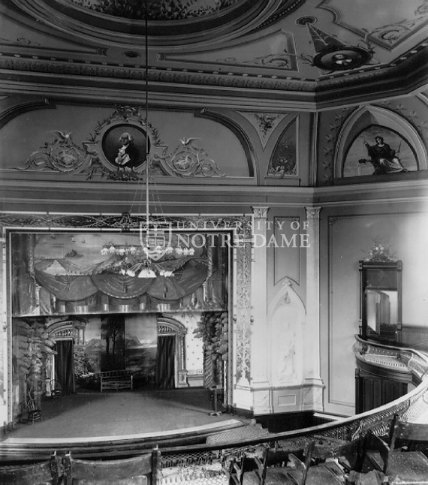 This theatre, which was completely painted over in 1956, once stood as a fine example of the late 19th-century décor. Frescoes and murals by Luigi Geogori and Signor Rusca included four emblematic figures of tragedy, comedy, music, and poetry above which were portraits of Shakespeare, Moliere, Mozart and Dante. Over the proscenium, Washington loomed, flanked by Demosthenes and Cicero on either side. The theatre could accommodate 300 spectators in its gallery and another 400 on the ground floor.

Over the years, the theatre has presented innumerable hours of entertainment and thoughtful performances to the Notre Dame community. Countless student productions have been offered on its stage, beginning with the 1882 production of Oedipus Tyrannus. It has served as a forum for speakers ranging from Henry James, William Butler Yeats, and William Jennings Bryan to Tennessee Williams, Pete Seeger, and Phil Donahue. 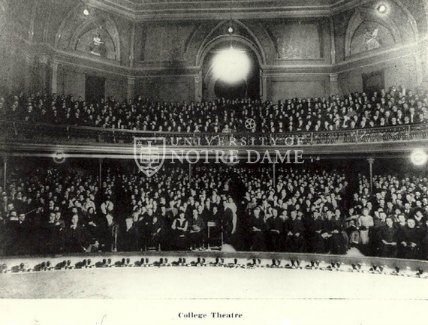 In May 1978 approximately 70 acres of the University of Notre Dame campus were entered as a historic district on the National Register of Historic Places. The National Register is the federal government’s official list of the nation’s cultural resources worthy of preservation. Inclusion of a district, site or building on the National Register is determined after both state and federal review boards have assessed the quality of significance of the nominated property in American history, architecture, archaeology, and culture. 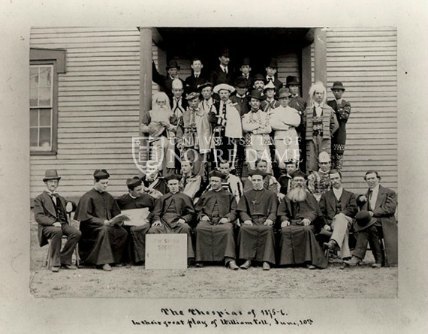 Districts must possess integrity of location, design, setting, materials, workmanship, feeling and association, and a) Be associated with events that have made a significant contribution to the broad patterns of our national history; b) Be associated with the lives of significant historical persons; c) Embody distinctive characteristics of architectural and artistic design and construction; d) Yield important historical evidence. Listing on the National Register makes properties eligible for protection under federal preservation law and for federal grants-in-aid for exterior restoration.

Notre Dame’s historic district was assessed to be of significance particularly in the areas of architecture, community planning, and educational and religious history. Washington Hall (1881), the seventh oldest extant structure in the district, was identified as a critical structure in both the original campus design plan and as an example of the University’s predominant architectural style. Its location at the very center makes its preservation essential for the maintenance of the district’s historical aesthetic integrity.